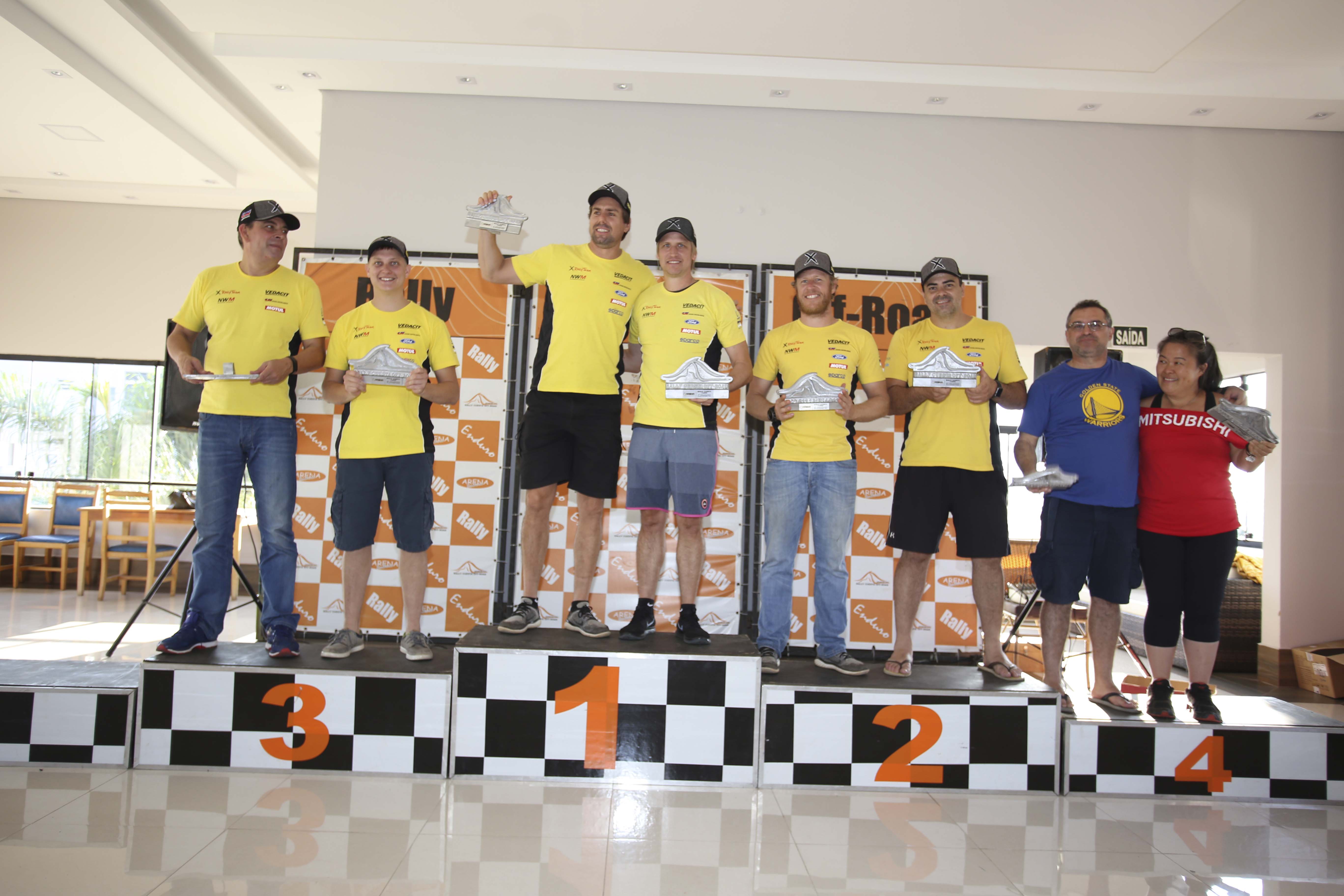 X Rally Team went on for a weekend of full domination of the Rally Cuesta last weekend in Botucatu, São Paulo, in the seventh and eigth rounds of the Brazilian Cross Country Championship. In his return to rallying after the Dakar, Cristian Baumgart drove the X Rally Ranger for the first time and won the race alongside co-driver Beco Andreotti.

It was a 1-2-3 for the São Paulo-based team. Cristian’s brother Marcos came in second and now leads the standings with 50 points, just one ahead of his teammate and thrid-placed driver at the Cuesta, Mauro Guedes.

“Spetacular result, 100%, no problems, no failures, on a very difficult rally that was about trusting your instincts, testing your ability and the car’s resistance”, highlighted Beco Andreotti, Cristian’s co-driver and Team Principal.

Within two weeks, Marcos Baumgart and Kleber Cincea fly to South Africa to join Neil Woolridge Motorsport to race in the SACCS on May 17-18.