Marcos and Kleber stand up in the SACCS 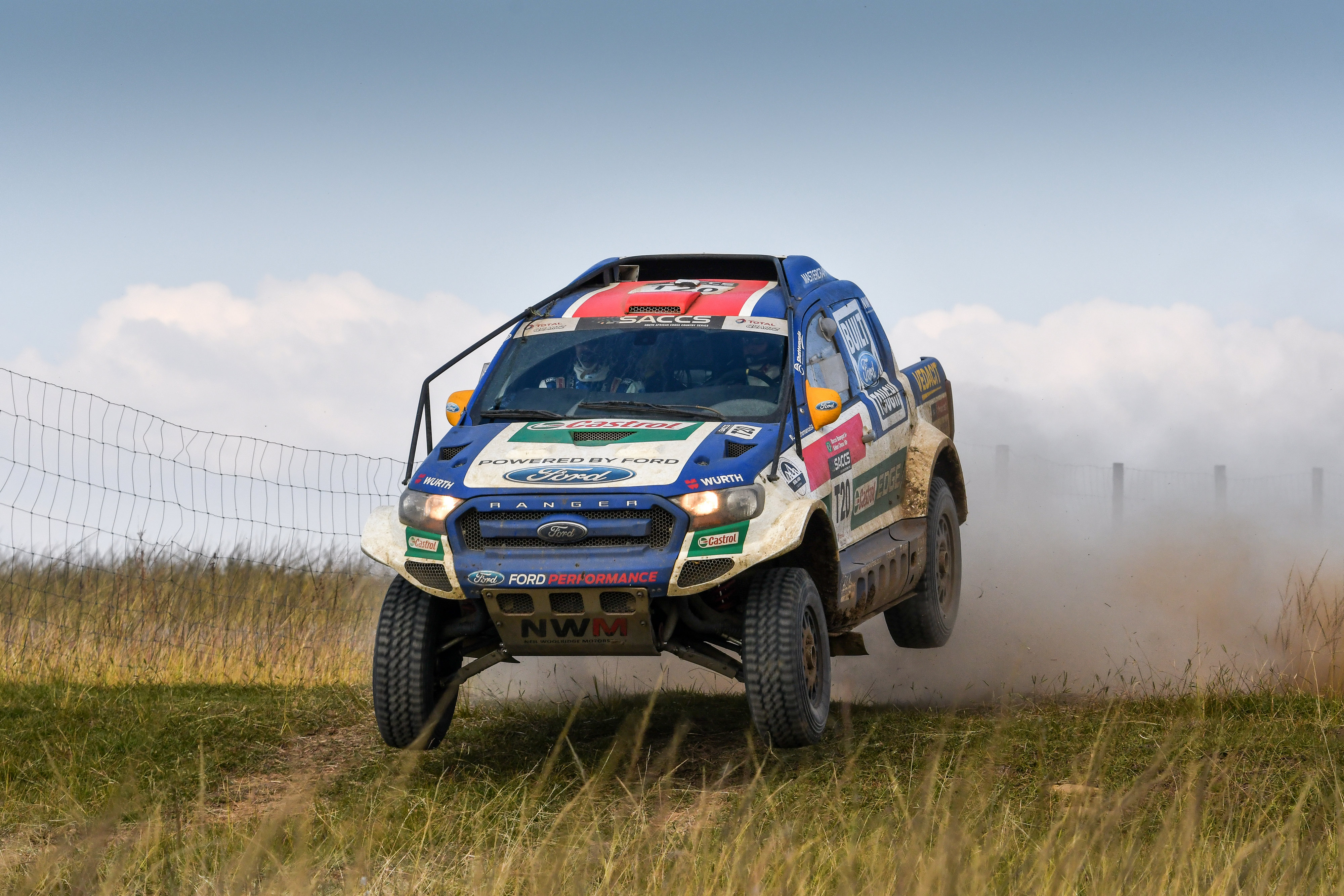 Lance Woolridge and Ward Huxtable continued their winning form in the South African Cross Country Series (SACCS) by earning their second Class T victory on the trot at the Berg 400 held in Winterton, KwaZulu-Natal this weekend.

As the second round of the 2019 cross country championship, the Berg 400 is a new addition to the calendar, located in the foothills of the Drakensberg between the towns of Winterton and Estcourt.

The reigning Class T champions, Woolridge and Huxtable, were untouchable in the leading Ford Castrol Cross Country Team Ranger, dominating the Friday qualifying session as well as the main race on Saturday to extend their lead in the title chase.

The Brazilian crew of Marcos Baumgart and Kleber Cincea made their return to the SACCS for the first time this year after missing the season-opener. They completed qualifying in a comfortable fourth place and had a fault-free race on Saturday to finish second in their #T20 Ranger. Unfortunately they were subsequently handed a 10 minute penalty for not coming to a complete stop at one of the race’s many road crossings, which relegated them to fifth in the final Class T standings.

Nevertheless, Ford was rewarded with the prized Manufacturer’s Award as a result of four Neil Woolridge Motorsport (NWM) built Rangers finishing in the top five places in Class T, including privateers Jacques van Tonder Sammy Redelingshuys (R2D Ford Ranger) who ended third, followed by Wors Prinsloo and Kenneth Venter who completed their first national race in a commendable fourth place in an ex-NWM Ranger from the 2018 season.

“This is a great result for the team on what turned out to be a tough event,” said Neil Woolridge, NWM team principal. “Lance had a very good run, and even though he had two punctures on the first loop it didn’t change the results as many of the other teams suffered damaged due to the extremely rough conditions.

“It’s a real pity that Marcos and Kleber picked up the penalty as they had a superb race, but they took it on the chin and it’s encouraging to see that all four Rangers that entered the event finished in the top five without a single mechanical issue.

“We have done some development and performance upgrades on the cars prior to the Berg 400, and it’s really encouraging to see how well this worked,” Woolridge added. “We saw how quick Lance was during qualifying, finishing a close third overall behind the two faster FIA-class factory Toyotas and well ahead of the other Class T cars. So this bodes well for the Desert Race which is a crucial event with the opportunity to score double points for the championship.”

Lance was delighted with his second consecutive win, although he admitted that it was a tough race that caught many crews out. “We had a great qualifying, but then made a bit of a mess of the first loop with two flat tyres. This was a proper off-road race where you’re glad just to finish, and we managed a clean run through the second loop.

“We were fortunate that our closest rivals all picked issues due to the very rough terrain, but with the new rules they got going again and scored points – which proves that it will be a long battle through to the last race of the season, and we need to score maximum points at every event.”

Despite losing the podium finish, Baumgart was pleased with his performance. “We took the first loop really easy, and in the second loop we had a good rhythm and pace. The route was very rough and difficult in places with big jumps and lots of rocks, but the car was perfect.”