Marcos Baumgart and Kleber Cincea back in the SACCS 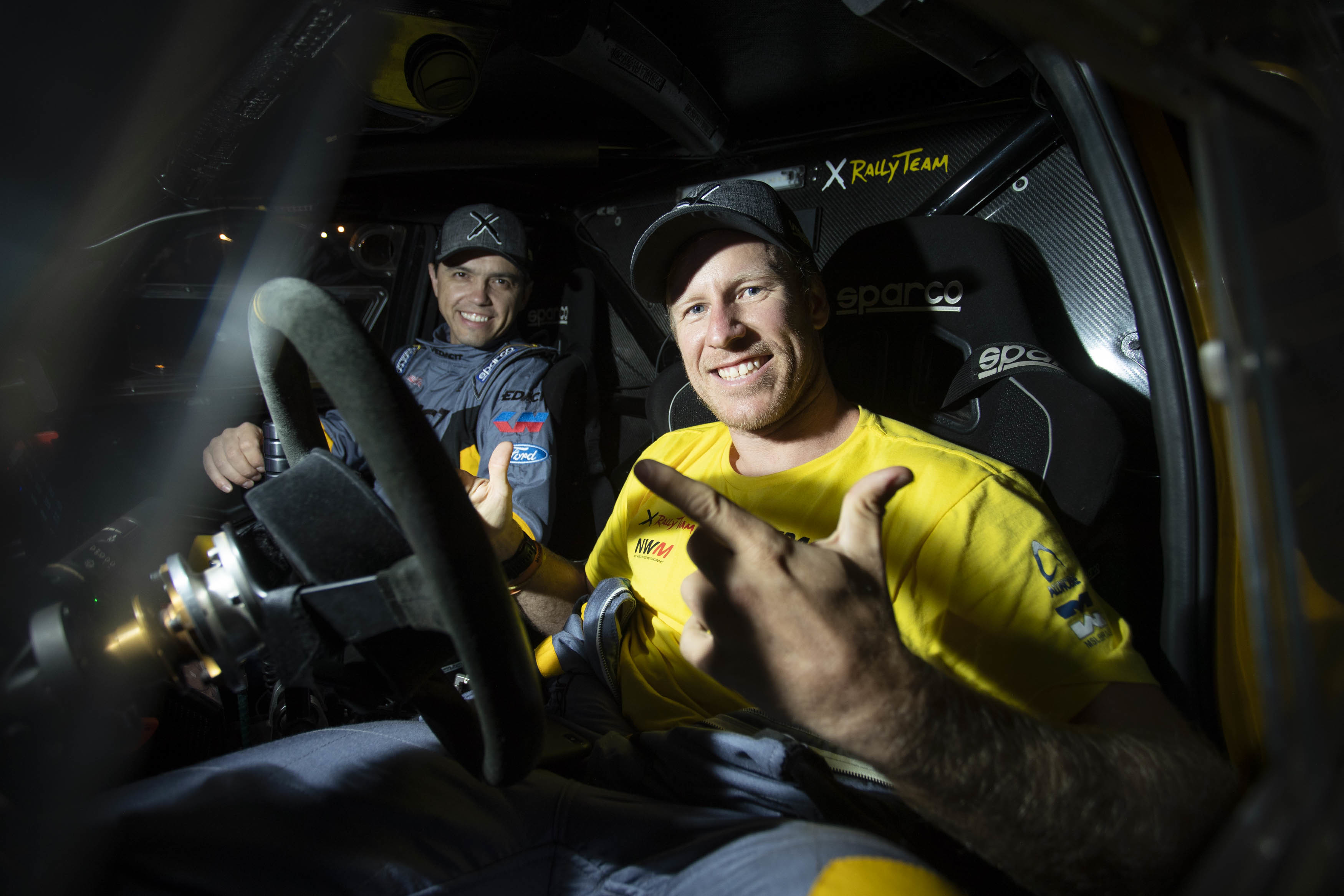 The South African Cross Country Series (SACCS) will be taking on a challenging new route when the championship heads to Winterton in KwaZulu-Natal for the Berg 400 on 17 and 18 May - and the Ford Castrol Cross Country Team is looking forward to another strong performance.

Reigning Class T champions Lance Woolridge and Ward Huxtable scored a confident victory at the season-opening Mpumalanga 400 in Dullstroom during March, and have their sights set on building on their points lead at the second round of the championship in the Neil Woolridge Motorsport (NWM) built and run Ford Ranger.

Brazilians Marcos Baumgart and Kleber Cincea will take up their seats in the second Ford Ranger once again after missing the opening race. Gareth Woolridge and Boyd Dreyer filled in for the reigning Brazilian cross country champions for the first event and scored a well-deserved second-place finish. Woolridge and Dreyer are focusing their efforts on the all-new FIA-class Ranger which is being designed and manufactured at the NWM facility in Pietermaritzburg and will debut later this season in the SACCS.

"Unfortunately we missed the first round, but now we are back. It is an excellent championship, very competitive, equal, and the strategy counts a lot. For us, its an all in: foot down from the beginning to the end", stated Marcos.

The Berg 400 will be based in Winterton, with the route incorporating the town of Estcourt and traversing the foothills of the Drakensberg which is sure to make it another spectacular and scenic event for competitors and spectators alike.

"The Berg 400 looks set to be a great event with lots of farmlands and relatively hard, tough conditions," says NWM team principal, Neil Woolridge. "We know the area fairly well but have never raced there, so it will be a new challenge for all of the teams.

"Weve had a lot of rain in KwaZulu-Natal over the past couple of weeks, although I expect most of it to have dried up by race day. However, Im sure there will still be some muddy patches to add some excitement.

"Our focus is on retaining the championship this year, so were building on the clean run we had in Dullstroom and hoping for back-to-back wins," Woolridge adds.

The Waffle Hut on the outskirts of Winterton will be the hub for all the activities for the Berg 400, incorporating the start and finish, as well as race headquarters and the designated service park (DSP).

The action gets underway on Friday 17 May with a 64km qualifying race, starting at 13:30 and travelling to Moorleigh before returning to Winterton.

On Saturday 18 May the teams set off at 08:00 and will complete two laps of the 170km route around Estcourt. According to the organisers, the crews can expect technical terrain with a combination of veld, mealie fields, long grass and undulating sections.